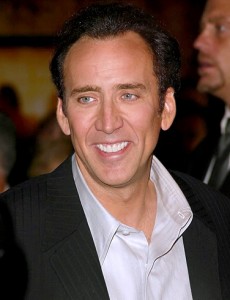 I wouldn’t want to be in his shoes right now. Hollywood star Nicolas Cage is in the sights of the IRS, who says that he owed them $6.2M. According to public records, the actor has unpaid taxes on income from 2007. Oh, and this is not his first run in with the government agency – he has just settled another issue recently.

That scary looking dude beside Nicolas Cage is his son Weston. He looks like he’s going to front a Swedish death metal band… or eat the neighbor’s cat.