The 13-year-old is forever in Mariah Carey. She’s always about butterflies, purple and pink, teenybopper ensembles, and princess-y clothes.

In last Thursday’s concert at the Seminole Hard Rock Hotel and Casino, the 40-year-old singer came out on a swing wearing a ruffled princess dress, reminiscent of those sweet sixteen parties on MTV.

It’s no wonder director Lee Daniels nicknamed her Princess Tippytoes. According to Wenn, Lee’s first meeting with Mariah gave him an unforgettable impression of her. “Mariah was born as an embryo in stiletto heels,” he joked. “She walks—even in her home—on her f**king toenails! I said, ‘This woman is not going to work if you’re walking like Princess Tippy Toes.’”

Smart comeback. After people poked fun at her apparent drunken acceptance speech at the Palm Springs International Festival, Mariah Carey announced the launch of her own special champagne, Angel Champagne by MC.

The singer blames her loopy speech on having too much champagne on an empty stomach that night. “[sic] Didn’t realize they put the champagne on the tables, So we WOULDN’T drink it! LoL. No, seriously ANGEL CHAMPAGNE (ROSE) by MC coming soon!” she tweeted last week.

This is Mariah’s second wine creation. Mariah Zinfandel was launched in 2006, after she invested in the Mariah Vineyard Zinfandel, a winery in Mendocino County, California. Angel Campagne by MC will hit stores towards the end of 2010. Cheers! 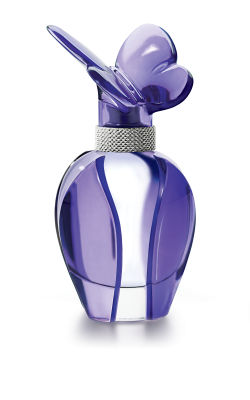 “You smell a little like S’mores,” says Ellen Degeneres to Mariah Carey, of the new perfume that she’s marketing.

Uh, is that good or bad? On the one hand,Â you want to smell yummy. On the other hand, most of us want toÂ come off a little more sophisticated thanÂ kids on a camping trip.Â

“My [signature scent] of course, is gin and Marlboros,” jokes DeGeneres.