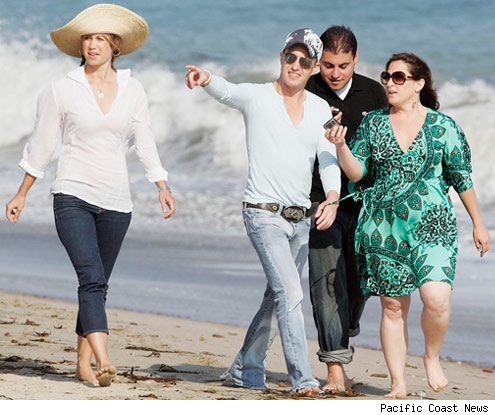 Better look while you can, as “Prison Break”Â actor Lane Garrison isn’t too far from the real pen himself.

Garrison spent some time with pals away from Hollywood on Monday to tromp around Malibu.Â  He had better soak in those rays & pick up those seashells while he still can, as Lane will be facing real prison time in the near future.

Lane was involved in a December 2 car crash last year that killed one teenager & injured two other teens.Â  Garrison was driving at the time, and with a blood alcohol level of .20 at that.Â  And he tested positive for cocaine as well.Â

The 27-year-old confessed to vehicular manslaughter & is expected to be sentenced on August 2.Â  Lane faces up to six years & eight months behind bars.Â  Real bars, not the TV kind.