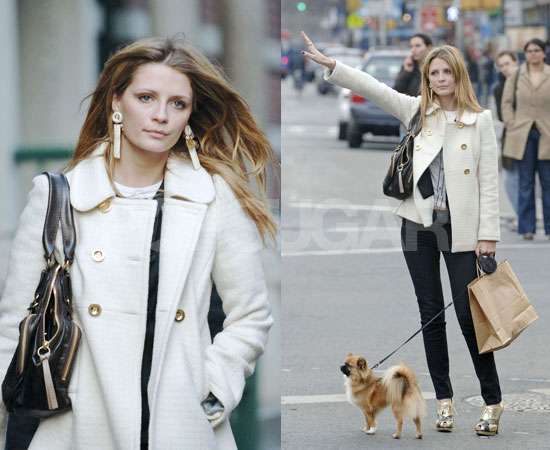 The trio were slamming back drinks at New York City hotspot The Anchor when Barton apparently pulled back a drink & then pushed back some vomit on the patio.

Now, most celebs would just go ahead & call that a night, but not good old Mischa.Â  Barton marched back into the club, head held high, and started the party all over again.Â  My, what a trooper.

So, is Mischa trying to hail a cab here or signaling her own kind on Mars to come back & pick her ass up?Â  You tell me. 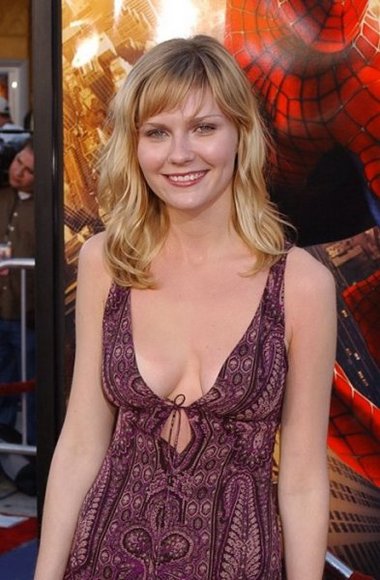 “Boys frustrate me. I hate all their indirect messages, I hate game playing. Do you like me or don’t you? Just tell me so I can get over you.” 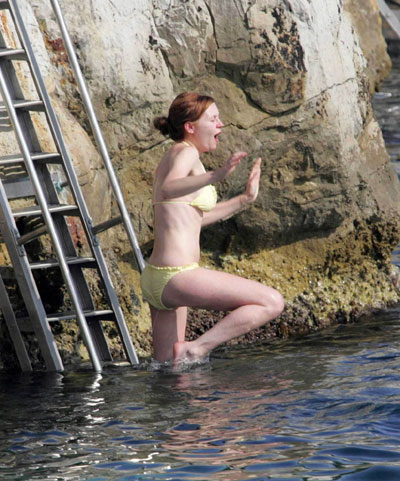 Well, you have to narrow down the hunt somehow & it looks like actress Kirsten Dunst has found the key to dating happiness- only dating fellas whose names start with the letter A.Â  It makes sense, in a Kirsten Dunst kind of way, right?

Just on Thursday night she was spotted withÂ Â Adrian Grenier at 10:30pm at the hip restaurantÂ Freeman’s.Â  Dunst & Grenier were reported to be flirting, but not groping (just yet anyway).Â  By 11:30pm Kirsten was seen frenching SNL’s Andy Samberg at a Fashion Week kickoff party.Â

And if that wasn’t enough to support Dunst’s A-list,Â the dating queen was recently spotted with Adam Brody.Â  My,Â does thatÂ girl get around!Â  So, you tell me, what are your dating requirements?Â  I’m going with your name has to start with the letter Q.Â  You know, to make that dating pot a little smaller.Â