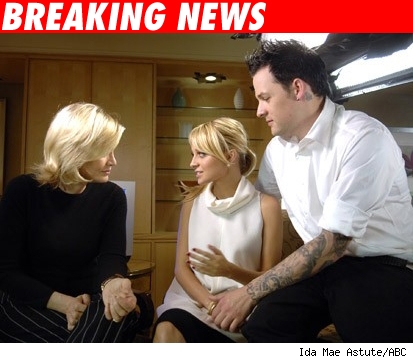 Not that the socialite was really revealing anything new, but Nicole Richie finally came clean about her pregnancyÂ in an exclusive interview with Diane Sawyer.

Richie sat down with Sawyer with her baby daddy Good Charlotte singerÂ Joel Madden, who looked supportive throughout the interview I might add.Â  Â

The baby bump interview will air Thursay on “Good Morning America” as well as Friday on “20/20” in case you missed it due to “The Office.”

As for Richie’s soon to be stint in the slammer, Richie revealed, “I have a responsibility and it’s something that I did wrong, and if I could personally apologize to every single person that has lost a loved one from drunk driving I would.”

“And unfortunately I can’t, but this is my way of paying my dues and taking responsibility and being an adult.”

Well, maybe there is hope for this unborn child after all…. 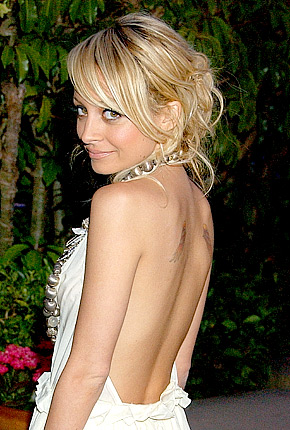 You know, it’s always niceÂ toÂ hear when celebrity parents are supportive of their children.Â  With Nicole Richie’s baby on the way, along with her DUI trial set for JulyÂ 11, thisÂ little socialite has a lot on herÂ plate as of late.

But daddy Lionel Richie doesn’t seem to be out of sorts regarding his daughter, whoÂ revealed thatÂ Nicole continues to apologize for her actions to her father, sayingÂ “she keeps apologizing to me. I told her ‘You’re doing exactly what you’re supposed to be doing to your father at this age.”

“There’s just so much information out there right now — MySpace, cell phones, the Internet. If we had had all that when The Commodores were around, God only knows what my mother and father would have seen,” Lionel went on to say.

So, it looks like the father of Nicole’s baby, Joel Madden, will be coming into a very supportive & loving family.Â  Wonder how it will all work out in the end….

Sorry,Â let this one slip by me on the holiday Wednesday.Â  It looks like the rumorsÂ have finally been confirmed.

So, not only is Nicole picking out a weddingÂ dress for aÂ shotgun wedding,Â the socialiteÂ is also probably wondering what it’s going to be like to actually eatÂ something.Â Â  It’s going to be so strange to see NicoleÂ when she starts showing, maybe then she’ll look almost normal!Â

Wowzers, this has been a big week for socialite Nicole Richie.Â Â Not only is the sillyhead pleading not guilty to that DUI charge back in December, she is also looking for a place to shack up with currentÂ boyfriend Joel Madden from Good Charlotte.

On Tuesday Richie entered a plea of not guilty on a charge fromÂ December of driving under the influence.Â  I’m not so sureÂ that was a smart move, especially afterÂ those pictures surfaced.Â  We’ll have to watch this one & see how it turns out.

On top of makingÂ bad legal decisions, Richie has decided to moveÂ in with her current boy toy, Joel Madden, who she has been dating for just a little over three months.Â  Great job in sticking together that long, you two lovebirds!

Apparently Richie &Â Madden are looking for homes in Los Angeles where the twoÂ can spend more time together.Â

An insider states,Â “Nicole hasn’t moved in with him yet…but they are looking at places.”

Well, wishing the happy couple luck as the search for the perfect welcome mat.