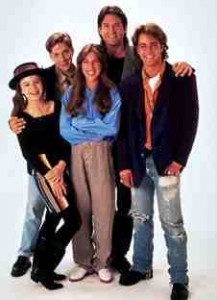 She was in Blossom and her name was Six. That seems to be the extent of the classy side of her career. After that there were a couple more TV shows and she fell off the map. Then returned doing bikini spreads because apparently she has some junk in the trunk that doesn’t stink like a skunk that is overly drunk.

That is the limit of my knowledge of her.

I’m scared to look up how the rest of the Blossom casts look. Maybe the show was cursed because of its epic greatness. That was sarcasm, I don’t remember jack about the show. I’m not even sure there was a plot behind it. Just giving a kid a weird name and making that the title of the show isn’t enough. TV execs should’ve learned that after Webster.

Either way I almost feel bad for people who fall apart once they reach 30. I’m 97 and I look 29 because I take care of myself through bathing in my own urine.