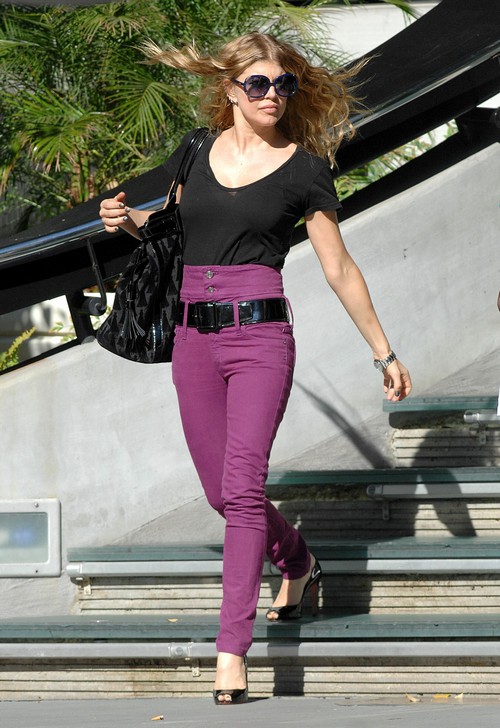 ~Fergie on being a tease 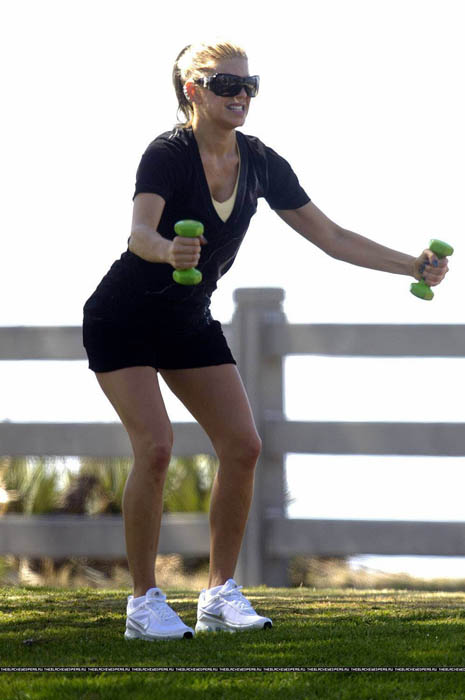 This picture of Fergie getting all hot & sweaty is your gift for the weekend coming up.Â  You’re oh so welcome.

While working out that luscious ass of hers, Fergie grins & bears it as she gets her sweat on outside.Â  I wonder, wouldn’t you go somewhere inside to do that?Â  You know, somewhere where no one would photograph you?Â  Maybe that’s another one of those just me things…. 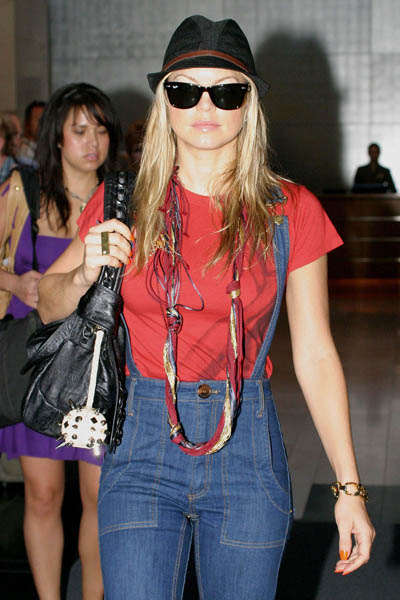 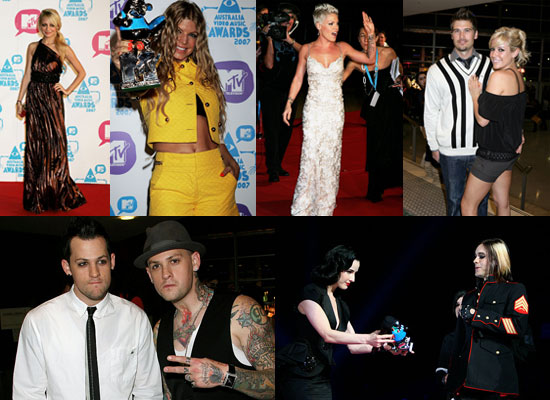 A fair amount of celebs showed up for the Australian MTV Music Awards Sunday night.

Pink, Good Charlotte, 30 Seconds to Mars & Fergie, of course, showed up for the big event down under & even took home a statue, along with that 80s-licious banana outfit.

And a big congrats to Pink, who actually looks close to feminine! 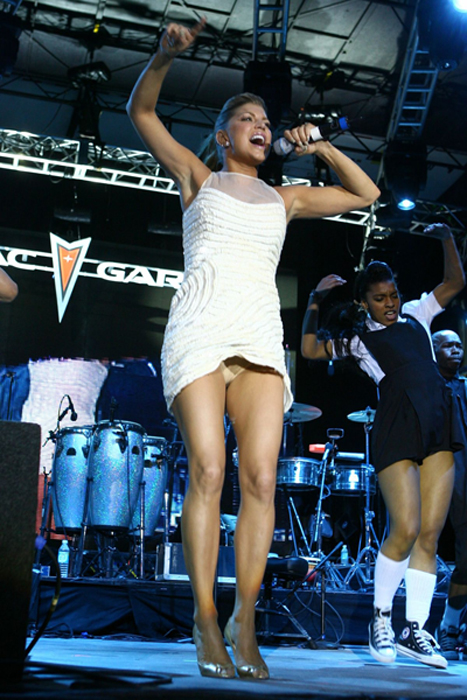 According to Egotastic,Â the Fergie we know & loveÂ has revealed a little bit more about her past & I’ll tell you, it’s pretty damn steamy.

FergieÂ recently admitted to goingÂ on a drug-induced lesbian sex phase when she was 18 years old to rebel against herÂ Catholic upbringing.Â  Now, some ofÂ you may say that you’re not at all surprised, given that Fergie has already revealed her addiction to Meth.Â  But I still like the idea of Fergie as a hot les.

“I have had lesbian experiences in the past. I won’t say how many men I’ve had sex with – but I am a very sexual person,” Fergie teases us by saying.

“When I was going through my out-of-control phase, I could have got into very dangerous situations.”

Fergie goes on to say, “I had a gun put to my head during a drug deal that went wrong. Luckily I got out of it.”

Yep, luckily you did or we would have had one less hot lesbian celeb to day dream about….