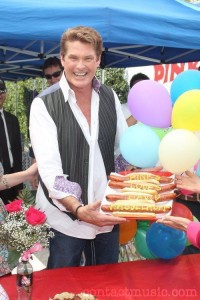 David Hasselhoff, one of the three judges of America’s Got Talent, is leaving the show. How ironic, since he was the only American in the panel. His co-judges Sharon Osbourne and Piers Morgan are both British.

The 57-year-old Baywatch actor announced yesterday that he is leaving the NBC reality show to work on his own TV show. “I am proud that I was part of making America’s Got Talent, the No. 1 rated show for the past four summers,” David told People. “It’s been a rewarding experience and now I’m thrilled to be able to follow my dream to do my own TV show, which will be announced very shortly.”

NBC has been looking for a new judge to fill the empty slot since the fifth season of America’s Got Talent began open calls last October.

Who do you think should take The Hoff’s spot? 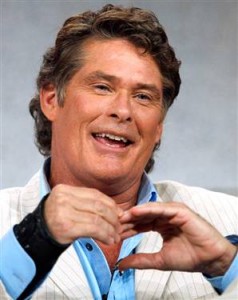 That’s what they all say.

Remember the report on The Hoff’s daughter calling her mom to tell her that her dad was drinking way too much? Well, according to Access Hollywood, a source claims that it was a case of ear infection, and not excess drinking. So how did we get from inebriation to infection? 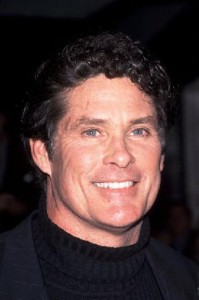 It’s not that serious, but serious enough for The Hoff’s 17-year-old daughter to call her mom Pamela. She told her mom that daddy was drinking way too much and one of Pam’s friends called 911. David Hasselhoff was then taken to the hospital. He was supposed to be released Sunday night, but nothing has been confirmed yet. Good parenting model, huh?

In case you haven’t heard, David Hasselhoff was taken to the hospital. Reports said that he was rushed there due to alcohol poisoning. A spokesperson has released statements to the effect that he is now doing fine.