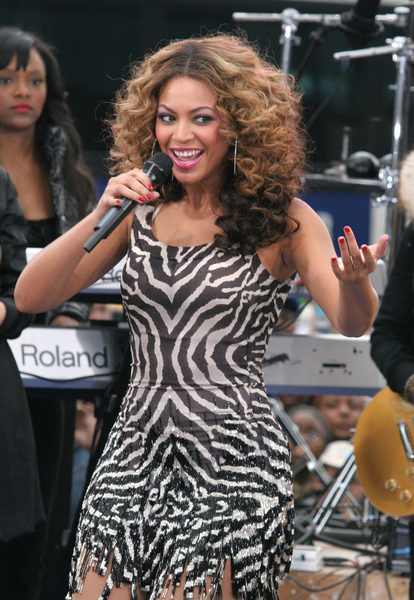 On Monday hottiepants Beyonce Knowles got up a little early & headed on down to CBS to perform live for The Early Show.Â  The performance was just like any other, just throw in another bad dress & you get the idea.

Beyonce is promoting her new album, B’Day The Deluxe Edition.Â  I’m not sure why the singer/actress couldn’t get another music album together instead of trying to tap into more cash on her B’Day record.Â  But I guess the girl has to buy a wardrobe of zebra dresses somehow….

You tell me- what do you think of Beyonce’s CBS look? 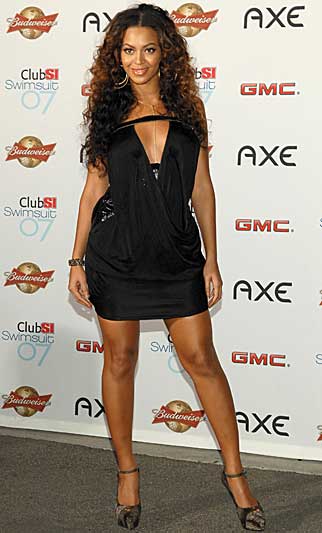 All I have to say is that Jay-Z is one luck man & mustÂ have been a very good boy to deserveÂ longtime girlfriend Beyonce Knowles’ look onÂ Valentine’s Day Wednesday.

Knowles was spotted at theÂ unveiling of the 2007 Sports Illustrated Swimsuit Issue at the Pacific Design Center in Los Angeles.Â  Beyonce graces the front cover of the sexy & much awaited swimsuit issue where she proudly sports a bikiniÂ her mother Tina Knowles designed.

Thanks to Life & Style for the image. 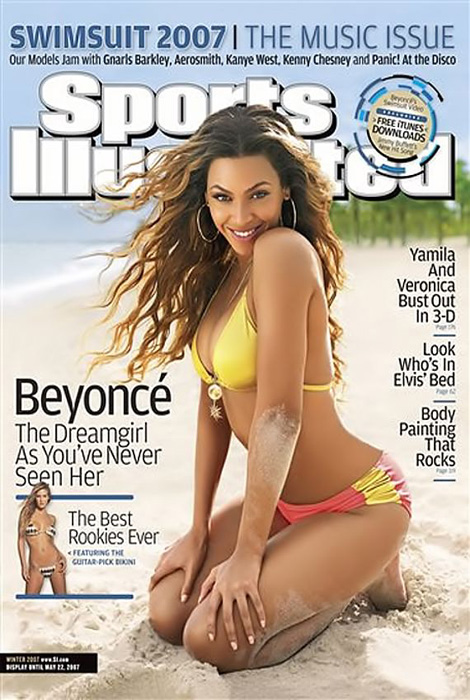 It looks like it’s a happy Valentine’s Day for more people now than before, as Beyonce Knowles has stolen the cover of Sports Illustrated’s Swimsuit Issue.Â  I had thought that the ever popular issue usually tried to use models that were lesser known to boost their careers, but it looks like Illustrated went with a new philosophy this year.Â  And that philosophy is Beyonce hottness!

What do you think of the cover?

Thanks to Egotastic for the image.