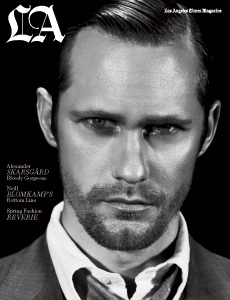 He plays a 1,000-year-old vampire on True Blood, so it’s nice to see 33-year-old Alexander Skarsgård looking less pasty than usual. The 6’4” Swedish hottie is on the cover of LA Times Magazine’s March issue, and he looks even more dashing than his onscreen character Eric. 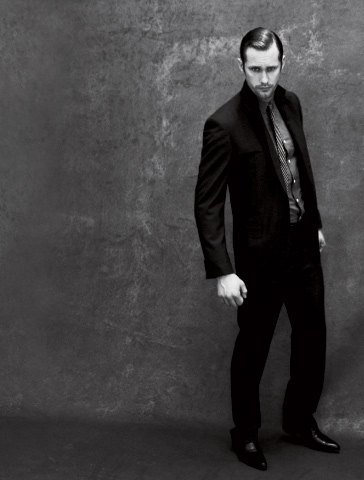 Photographed by Chat Pitman and styled by Jessica de Ruiter, Alexander’s GQ-ish fashion shoot is all about suits, sleek hair, and guyliner. Don’t worry; it’s subtle and not the Adam Lambert kind.

In his interview with Leslie Gornstein, Alexander talks about working on projects simultaneously in the US and Sweden, being born with the acting bug, and of course, vampires. 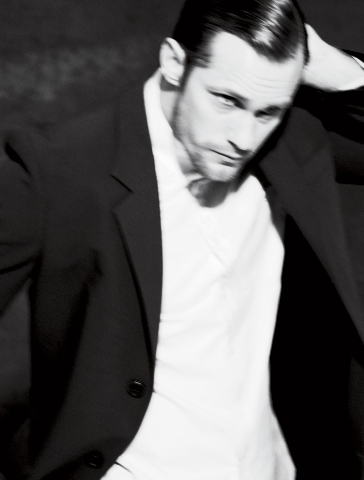 “What makes vampires a platform for good drama is they’re also lethal,” he said about his True Blood character. “Eric is an animal. He’s on that edge where you don’t know if he will turn and kill you in a second.” 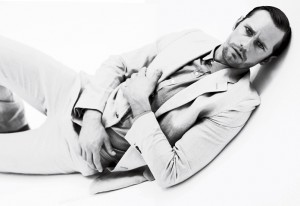 The humble actor also revealed what makes him different from other celebrities hounded down by paparazzi. “I’m not a ‘Hollywood’ actor. I am a social guy, but I’m not one of those actors who will show up to a shoot with 15 agents and managers and publicists. An entourage like that just makes me uncomfortable.”

Click on the LA Times website or grab a copy of the magazine to see the rest of the interview.