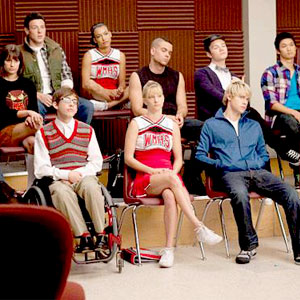 Production on Fox’s hit TV show Glee was briefly shut down for an undisclosed amount of time as the cast attempted to get over Tonsillitis.

“We had to go down Friday night because of tonsillitis,” adding, “There was supposed to be a big dance scene, but we got shut down.”

Eyrich confirmed that both Dianna Agron and Kevin McHale were feeling sick.

“Note to self…should have gotten a flu shot. In bed, hoping that medicine, soup, my computer and a marathon of movies will be the cure.”

The cast was set to return at 5am for an early morning shoot on Monday, so hopefully all is well.