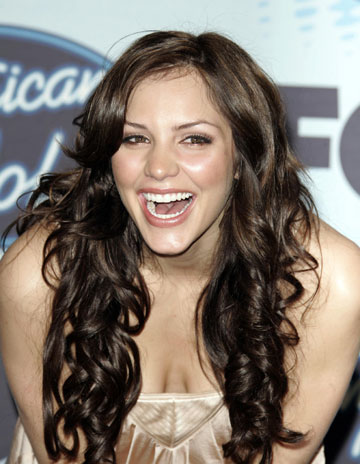 HolmesÂ apparently met McPheeÂ at the Los Angeles Church of Scientology (boo!), where the singer was taking courses with her boyfriend (double boo!).Â  AfterÂ meeting Katharine, KatieÂ becameÂ a fanÂ of the singer &Â when McPheeÂ lost the Idol crown to Taylor Hicks last week, the couple gotÂ in touch and requested her to perform at their wedding ceremony.Â Â

Tom & Katie are not the only ones showing interest, reportedly Steven Spielberg has set a meeting with McPhee to talk about her future as an actress.Â

You know, it’s nice that there are American Idols out there that help boost the talented people to stardom.Â  It just sucks when the screw it all up with that damn Scientology bit.