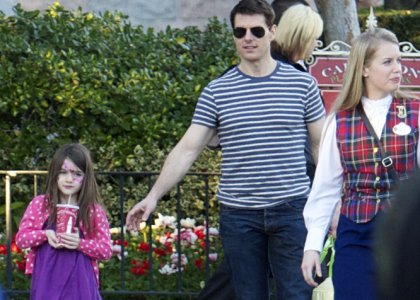 He definitely showed that side of him to the public when he went out with his adorable daughter Suri for a fun afternoon at Disneyland in California.

Cruise, who was comfortably dressed, walked holding Suri’s hand. Suri, who is constantly being referred to as the best dressed child in the world, was on form as well – wearing  pink and white polka dot sweater on top of a purple dress. She was obviously having fun, as she walked around with face paint on her.

Tom Cruise is probably spending a lot of quality time with Suri as this will be the only free time left to him before he goes back to work promoting Rock of Ages, his new movie. For those of you who still don’t know what the movie’s about, let’s just say it’s a rock musical with a really vibe. This is going to be our first time to see Cruise perform in a movie of this type so it should be worth watching out for. 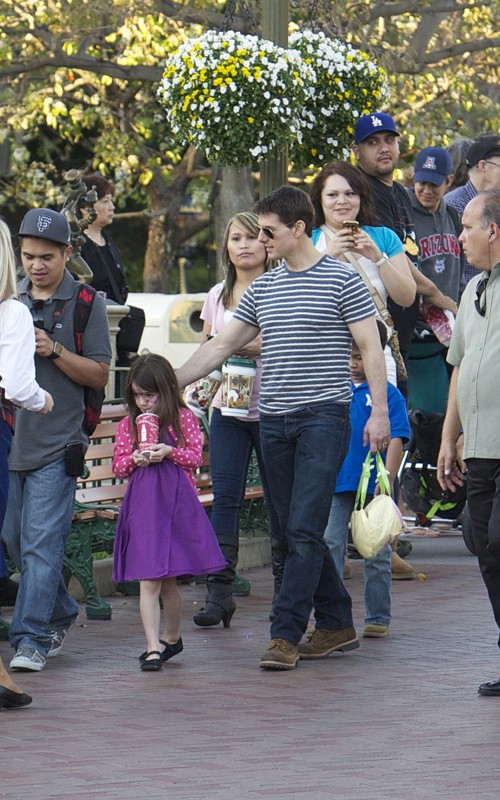