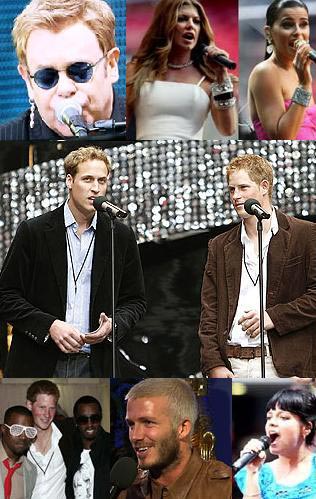 Sunday night more than 70,000 people gathered at London’s Wembley Stadium for a concert memorial for Princess Diana.Â  TheÂ event was organized by her sons Princes William & Harry, to celebrate the life of their mother who would have been celebrating her 46th birthday last night.

Elton John opened the show & closed the show, as Elton was a close friend of the princess.Â  Even Diddy performed & said at one point, “Ten years ago Princess Diana, she went to a better place, and today we celebrate her rebirth.Â  I love you Diana, we miss you.”

Wow.Â  Who knew Diddy was such a sweetie about Princess Diana?