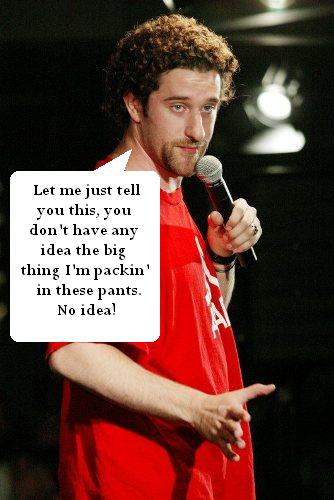 Our beloved Screech will be starring in his very own personal sex video to be released at some point in the near future, deliberations are still underway.

“I’ve heard rumors. Dustin has been trying to escape the Screech typecast. So this may help me get more bookings.”