.
You are here: Home / Career Moves / The Battle for Wonder Woman Continues with Kate Beckinsale 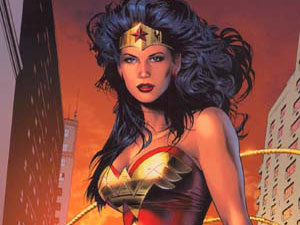 Kate Beckinsale has joined the race in those who are vying for the role of Wonder Woman in Joss Whedon’s upcoming comic book film.Â  According to JoBlo, the British actress is already in negotiations with Whedon for the part and will start filming in September.

Sounds like bad news for Buffy The Vampire Slayer Sarah Michelle Gellar, Charisma Carpenter & teen queen Lindsay Lohan who were all hoping to land the role which was played on TV by the sexy Lynda Carter.Â

Charisma Carpenter went so far as to put off having another baby in hopes that she would be Whedon’s Wonder Woman.

“I’d like to (have another baby) eventually, but I want Wonder Woman right now.Â  I’m not holding my breath (that’s good, I hear that leads to some problems), but I’m crossing my fingers and toes and praying (it seemsÂ that it would be difficult to walk around like that).”