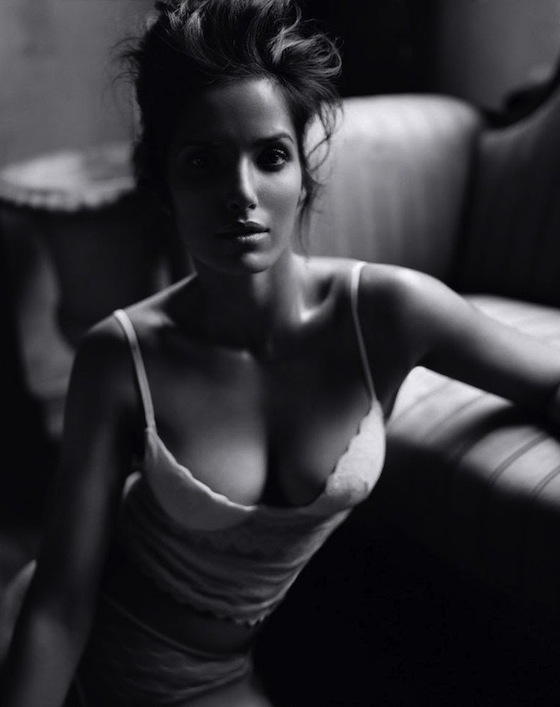 The intelligent and sexy model/ TV host/ cookbook writer Padma Lakshmi — who speaks five languages — was once married to the controversial author Salman Rushdie. After their divorce, she had once said she still loved him but couldn’t take anymore the death threats that he was receiving. Well she must have gotten over him because she just had a baby three months ago and is wavering through whether or not to lose 15 pounds of baby weight.

Seriously, give her a break. This woman has been through a lot in her life. She survived a car accident as a child, which resulted in that trademark 7-inch scar on her upper right arm. She’s had to put up with what’s surely anxiety from her former husband’s death threats. She’s also suffered through endometriosis for years, a painful gynecological condition that causes more than just cramps and possible infertility. Then after she had her baby girl, Krishna, she was bedridden for a month and a half. So, so what if she’s gained a bit of weight. I think she deserves the time to lose it naturally, over time, without the pressure of her hosting Bravo’s Top Chef. Good luck, Padma, and maybe while you’re on break, the show’s producers can find panelists that aren’t the food world’s equivalent of Simon Cowell?