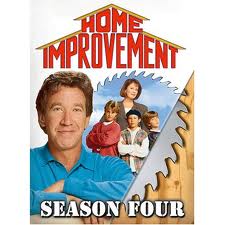 Tim Allen wants to return to primetime with a new TV series, at least that’s what Entertainment Weekly is currently reporting about the Home Improvement star.

Apparently Allen is so serious about the idea that he’s working with some of the industry’s top writers and producers, one of who is rumored to be Greg Daniels of Parks & Recreation and The Office

Allen’s most recent role was the voice of Buzz Lightyear for Toy story 3.