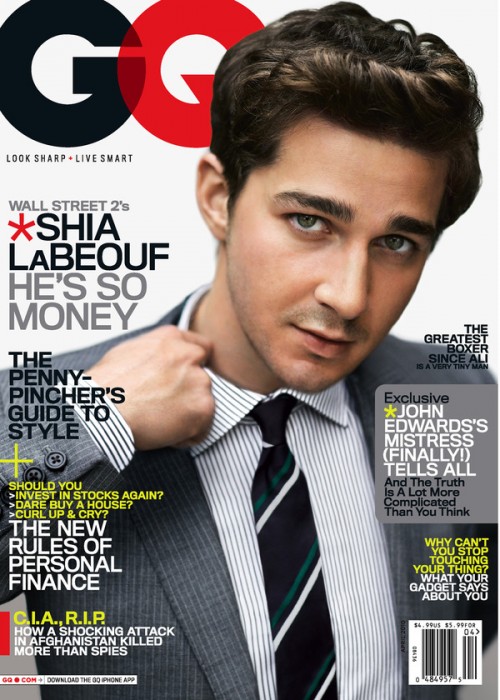 I love fun guys. I especially love funny guys who, despite not fitting the cool-heartthrob-in-campus mold, can still disarm you with their muted good looks, natural charm, and knack for adventure.

Shia LaBeouf is one of those young Hollywood actors who play their roles so well. His characters are often klutzy underdogs who emerge as the charming, funny heroes whom you want to have crazy adventures with. Anyone whose role can hook up with Megan Fox’s character is hot in my book. 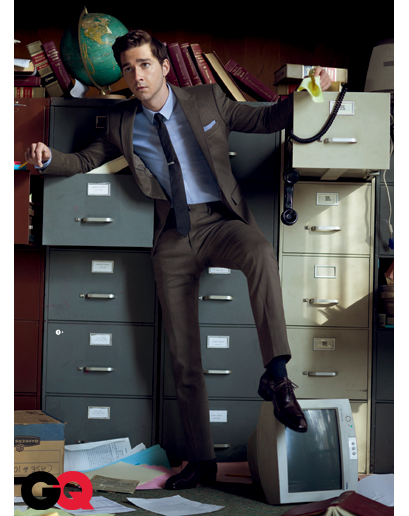 I seriously believe it was a female member of GQ’s team who fought to have the 23-year-old on the magazine’s April cover—that and his upcoming Wall Street: Money Never Sleeps is coming to theaters soon.

Like most celebrities who come of age, Shia’s GQ interview shows a more serious side to the actor.

On the Wall Street trading floors where he went to learn the banking ropes:
“I thought my life was pretty wild. I’m Richie Rich. I land in New York, secretly thinking I’m like the coolest guy in the world. I’ve been on the cover of GQ! But then I met these guys, and it’s humbling. It’s the most sex-drugs-and-rock-‘n’-roll atmosphere that exists on the planet. I was hanging out with some wild human beings.” 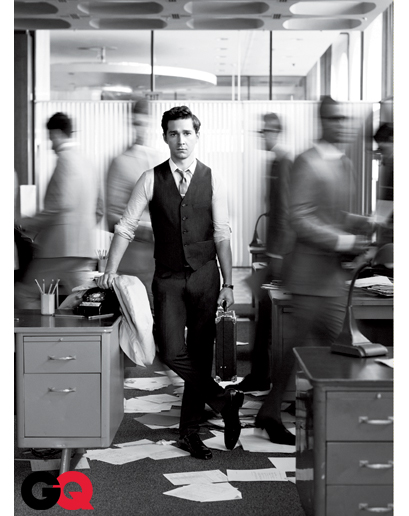 On his newfound hobby, trading:
“I trade in my boxers now. I’m up early for the markets. I’m real-time all day long.”

On his relationship with co-star and girlfriend Carey Mulligan:
“I never really had anything in my life that was off-limits. he says. But with this, just out of respect, I just don’t want to fuck around. She’s an unbelievably thought-provoking actress, the most talented actress I’ve ever met in my life, by leaps and bounds. Neither one of us are fame whores. It works out. It’s not like we’re the premiere couple; we’re not the red-carpet king and queen.”

That Carey Mulligan is one lucky lady.