Len Lesser, the actor best known for his role as Uncle Leo on the hit sitcom Seinfeld passed away on Wednesday from pneumonia, he was 88-years-old.

According to Lesser’s daughter Michelle he died in his sleep during the morning hours and “it was very peaceful.”

You may also recall that Lesser played a recurring role as “Garvin” on “Everybody Loves Raymond.” Lesser also recently appeared on the show “Castle” and earned more than 500 other film, TV and stage credits during his long and successful career.

END_OF_DOCUMENT_TOKEN_TO_BE_REPLACED 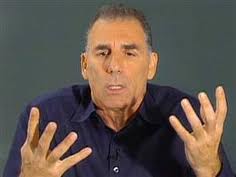