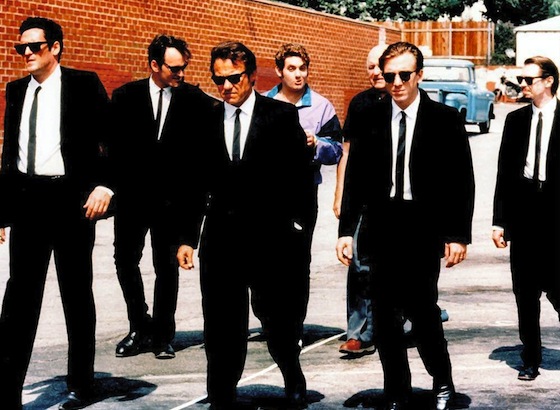 You’d think that Michael Madsen, an immensely talented character actor who currently has 33 projects in various stages of production and tons more projects from the past few years after his role as Mr. Blonde in Reservoir Dogs (at far left, above), would be happy and focused with all that career responsibility on his hands. But apparently he lost it and went on a 9-day booze and pills binge in England. Reports are that he was drinking two bottles of wine for breakfast, then taking pills, urinated in a parking lot, was hospitalized — under the same UK law that put Adam Ant in the hospital — and put under a suicide watch (although a TMZ source suggests Madsen would never do that). He got back to the U.S. on Friday.

It makes you wonder what goes through the mind of someone like Madsen. He got all that work from 2007 to now because he’s good, and presumably because he’s reliable. I mean, 33 projects. I think he had something like 9 credits for 2007, 14 credits for 2008, maybe 17 for 2009. I stopped counting at some point. He’s also had a number of recent TV appearances, including 24 and CSI: Miami. Sure, a few of the credits are for voice work, but it’s obvious that he’s one of the hardest working actors in Hollywood — or in this case, the U.K. as well. (I recall checking a few years ago that French actor Gerard Depardieu had 11 projects for 2008.) Maybe it was the pills mixed with the wine, though no one seems to know what those were for. But you’d think an adult and a celebrated actor like Madsen would know better than to mix drugs and alcohol. So what’s going on with him that he’d go on a 9-day bender?