Hollywood giveth, and Hollywood taketh away.

Christ Tucker, best known as the sidekick in the movie “Rush Hour” joins the ranks of has-beens and once-hads. He’s about to lose his six million dollar mansion (located in Florida’s super-posh Bella Collina community) because he can’t afford to pay the mortgage.

He owes nearly four and a half million on the sprawling home, which has five bedrooms, a pool, a personal spa, and a kitchen that overlooks the pool. And, FYI, it’s right by Lake Apopka. Sounds dreamy, and yeah—he did actually spot it when it was featured in a “Street of Dreams” event.

Ah, but all dreams come to an end.

Especially when the IRS is involved.

See, it’s easier to dodge the movie bad guys than to hide from Uncle Sam. The IRS secured an $11.5 million lien on the home in order to collect on taxes.

An unlikely ending for a guy who used to earn $20 million a movie, and had four projects going on at a time. Now…well, Chris Tucker’s star is all tuckered out.

So with his career on the downswing, and no home to call his own, Chris Tucker is another cautionary tale: don’t buy a big-ass house if you can’t afford it, and for God’s sake, pay your taxes. 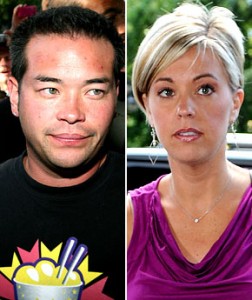 He says. She says. That’s the story of their lives. Kate accused husband of withdrawing $200,000 from their joint bank account, but Jon has countered her accusations, saying that it is all fabricated. He did admit to withdrawing from the account, but he says it’s his paycheck, and that he only withdrew $22,000 last week. I wish I had $22,000 to withdraw!