No longer the Disney princess she once was, Miley Cyrus with her blonde crop now went as a spooky skeleton for a Halloween.

END_OF_DOCUMENT_TOKEN_TO_BE_REPLACED

Miley Cyrus has now officially killed off Hannah Montana. She tweeted her new punk rockin’ look- a radically uneven blonde cut. So how do you like the new Miley?

END_OF_DOCUMENT_TOKEN_TO_BE_REPLACED 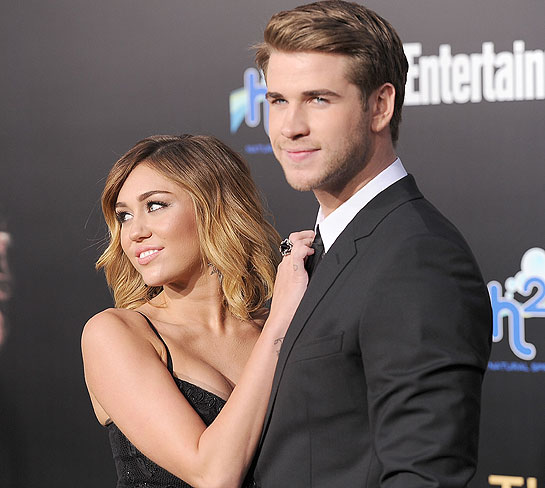 According to People, “Hannah Montana” star Miley Cyrus is enagaged to be married to her boyfriend of three years Liam Hemsworth. Miley reportedly said that she was “happy to be engaged” to her Australian boyfriend.

Based on her recent Twitter posts, the news is true. Miley has thanked all those who have expressed their wishes via her account saying, ” Thank you for all the love today 🙂 I’m happy to share this news with you all. I feel like all my dreams are coming true.  Have a great day.” 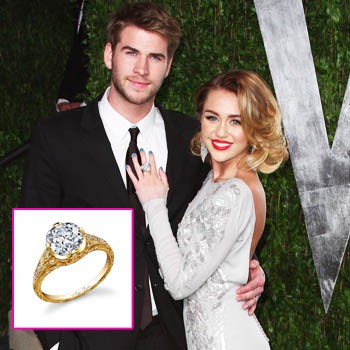 “Hunger Games” star Liam Hemsworth reportedly popped the question to the singer/actress a week ago on May 31 with a 3.5 carat diamond Neil Lane engagement ring. The jeweler said that Liam wanted the ring to be “beautiful and romantic.”

The two met three years ago in 2009 on the set of their movie “The Last Song.” Since then, they have carried on with their relationship and now they’re engaged. 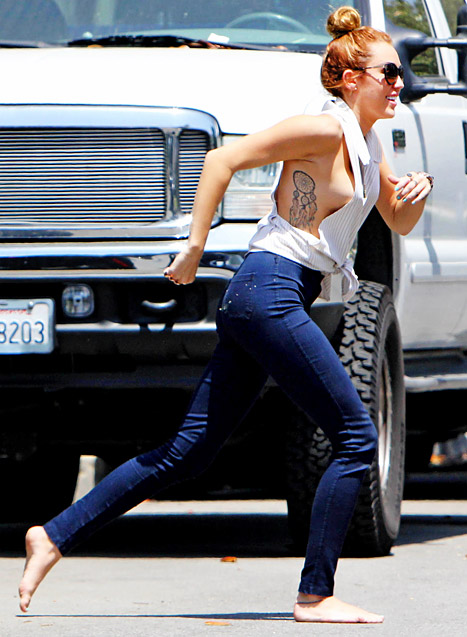 Just days prior to her cleavage baring suit at the 2012 Billboard Music Awards, the “Cant Be Tamed” singer can’t be stopped. Although her suit during the awards night was properly secured in case of any wardrobe malfunction, photographers managed to get an eyeful of her side boob days after the Billboard’s.

The singer was seen running errands on a sunny Los Angelesweather last May 21. Miley was wearing a cut-out top which managed to expose much of her side boob and tattoo while she leaped barefoot. 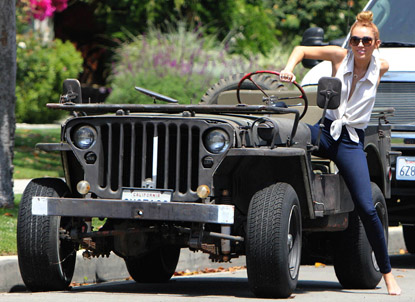 Former Disney star got ahold of her top preventing her private parts to be exposed. It wasn’t the first time that the singer/actress went out in public braless. There were many occasions when she was photographed wearing almost close to nothing.

Most recently, the 19-year-old opened up about the topic of sex saying that it wasn’t supposed to be taboo. In lieu with her movie LOL, where she did her first ever love scene, Miley described sex as something “really beautiful.”

The “Can’t Be Tamed” singer definitely proves her wild side when she attended the 2012 Billboard Music Awards. Reaping the rewards from her yoga classes and a gluten-free diet, the former Disney star flaunted her toned figure but revealed a bit too much this time.

Miley Cyrus wore a white Jean Paul Gaultier blazer without pants or bra. Probably wanting to prove that she is more mature now, her very low cut outfit revealed much of her cleavage. A nip slip prone outfit that could be a tad inappropriate for a 19-year-old.

The singer completed the look with tousled hair, almost in attempt to look like a vamp. But as other people are praising her more toned body, many are dismayed of her most recent fashion faux pas.

Be the judge and see if Miley Cyrus’ fashion choice is a yay or nay.