I don’t know about you, but I’m getting sick of today’s pre-packaged bubblegum girl bands and popstars. I wasn’t born yet in the ’70s, but they sure had a lot of sincerely talented rockers back then.

In that era, YouTube and Facebook weren’t even invented yet, let alone the Internet, so wannabes had to really prove their mettle in the industry. Getting signed was the only way to get your music out there, so this was a privilege that only a limited number of talents could attain. Male rockers dominated the scene, and female rockers had to double their efforts to get noticed.

When I found out that the biopic of ’70s girl band The Runaways was produced for the big screen, I did a rock-on hand signal and screamed a la Led Zeppelin! The entertainment business needs a major transition from the likes of Camp Rock and High School Musical, and The Runaways made the perfect entrance. 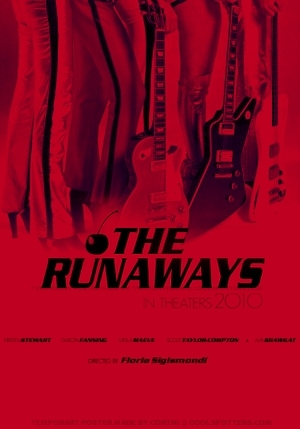 The casters did a great job. Who else could channel the groovy but tough rocker attitudes of Joan Jett and Cherie Currie? Teen stars Dakota Fanning and Kristen Stewart unleash their inner wild child for The Runaways, directed by Floria Sigismondi. The girls even underwent major training and transformations for the flick. 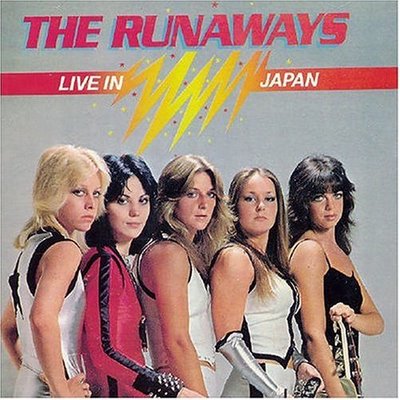 The original Runaways in the ’70s

The cast on the set of The Runaways (above and below). Do you recognize Dakota and Kristen?

Coming out in spring, the movie is based on lead singer Cherie Currie’s book Neon Angel, a biography of her experiences as a rock star. I cannot wait for this movie! Rock with me now: “I’m your ch-ch-ch-ch-ch-ch-ch-cherry bomb!”

It’s official – well, as official as it can be for now, I guess. Robert Pattinson and Kristern Stewart are a couple. That’s what the director of Twilight, Catherine Hardwicke tells the world. I guess we just have to hear it from the couple, right? 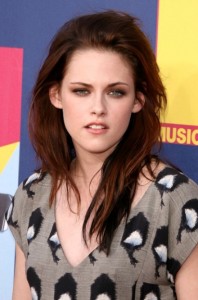 Kristen Stewart gained worldwide fame for playing the character of Bella in Twilight. You’d think she loved everything that came with it. The actress says though, that she misses the normalcy of life. Well, young lady, everything has its price.

Kristen Stewart, the actress who played the angsty vampire-loving teen Bella in the movieTwilight (yes, the book was a LOT better) is set to play rocker Joan Jett in her upcoming biopic.

According to the Hollywood Reporter:

“The film, The Runaways, which will depict the 1970s all-girl band’s meteoric rise and fall, is being executive-produced by the 50-year-old singer â€“ best known for the hit “I Love Rock ‘N’ Roll,”