Is the brother-sister thing catching up in Hollywood? It seems like nepotism spells cool these days. We have the usual Olsens, Jonas Brothers, and Sprouse Twins who all sprouted in the entertainment industry with their sibling/s at the same time.

Then there’s that celebrity whose little brother or sister follows his or her footsteps. Back in the day, it was uncool and biased. These days, people actually look forward to it. There’s Jamie Lynn Spears pulling off a Britney. There’s Ali Lohan doing the Lindsay thing. There’s Noah Cyrus trying to be Miley. Okay, I know what you’re thinking; they all head down south faster than you can say celebrity.

Wait, there are a few celebrity siblings who are actually doing well! Solange Knowles is learning the hard way that you have to earn your own star like older sister Beyoncé. Elle Fanning is earning her stripes as a child actress like older sis Dakota.

And now there’s Timothy McCartney, Jesse’s little brother. The 13-year-old showed up with his singer brother at the Nickelodeon Kids’ Choice Awards. Both rocked their denims at the red carpet arrivals.

Jesse earned cool points for the McCartney family when he picked up the Favorite Movie award for Alvin and the Chipmunks: The Squeakquel. As for Timothy, he’s simply tagging along for the ride, but he has started working on a few small TV projects. Let’s hope he doesn’t end up in the same route as Noah Cyrus. 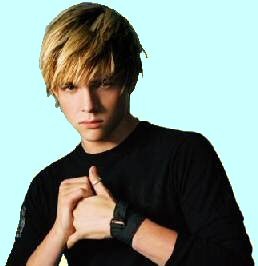 …and ends up forgetting a WHOLE verse of the National Anthem. He was performing at the NASCAR Pepsi 500, which was broadcast over network TV, and suffered a mental block, so to speak. Poor guy. How can you forget the words to the National Anthem?