She’s been dubbed “America’s Sweetheart”, and it shows. Taylor Swift has topped the chart more times than can be counted on fingers (and toes), and has graced the covers of many fashion, entertainment, and music glossies. This darling of the media has rocked many a comment section, forum thread and fan site, and her notoriety in the gossip columns only serve her well. This 23-year-old has become one of the youngest members of the Forbes’s list of the Highest Paid Stars Under 30. Her latest hit single “Mean” continues to make waves, and has won her two Grammies in the process. But just what are the humble roots of this rising star?

Miss Taylor Allison Swift was born in Pennsylvania on December 13, 1989. At the tender age of nine, Taylor became very fascinated with musical theater, and she would regularly travel to New York for singing and acting lessons. Later on, she became enamored with country music so much that she and her family moved to Nashville to further immerse her in the experience. She pursued a career in music at age 14, and as they say, the rest is history.

Here’s an infographic to give you the lowdown on some essential Taylor Swift information.

Made by Sparkle & Fuzz
Infographic by Scarves.com

The hottest celebrities have always had relationships with luxury fashion brands- and as with all celeb relationships, sometimes it’s hard to keep track of who’s sleeping with whom. This infographic design from Infographic Labs (creators of the popular Hollywood Marriages infographic) might simplify things somewhat, by illustrating that most of today’s top luxury brands are owned by one of just three big companies. 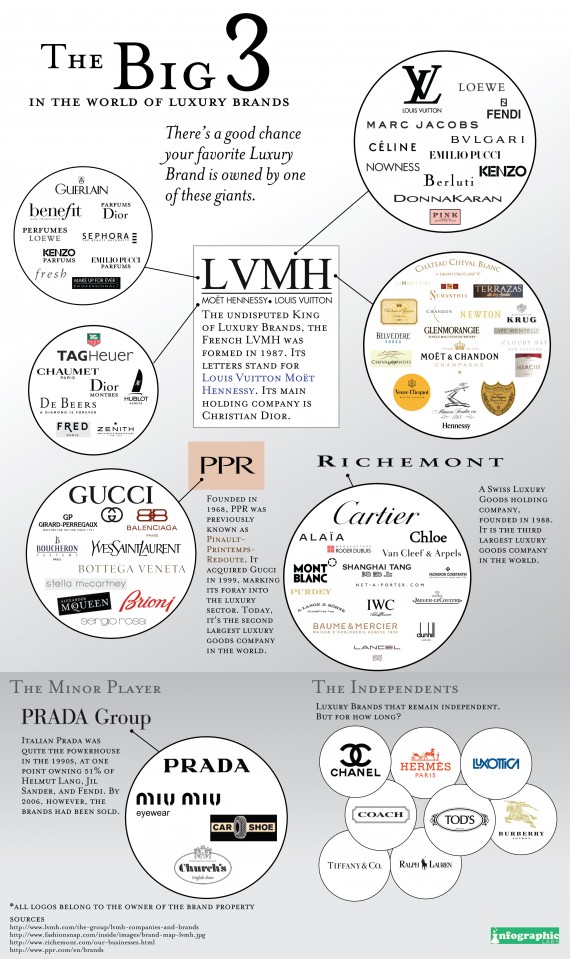 How many pairs of headphones or earbuds do you have? The chances are that you have at least a couple, each with a style of its own. Headphones used to be that these devices were under the realm of hardcore audiophiles, today, everyone just can’t get enough of them. From the simplest designs to the most ostentatious looks, there is a surplus of headphones everywhere. END_OF_DOCUMENT_TOKEN_TO_BE_REPLACED