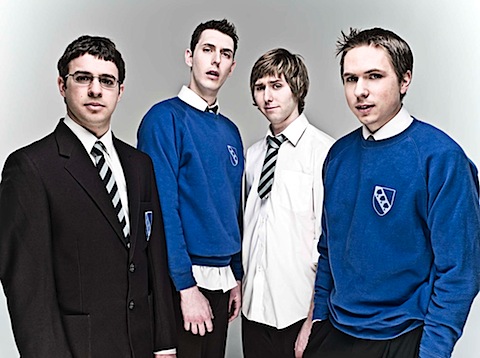 MTV has announced a new sitcom, the British hit “Inbetweeners” the TV network also announced that they have commissioned Brad Copeland, writer of Arrested Development to convert the show into an Americanized version.

The popular Channel 4 comedy is not guaranteed, as the network has only ordered a pilot (standard practice), but if Copeland can give his magic touch to the show, it might just be a hit.

The Inbetweeners is centered around a group of friends who aren’t quite the popular click in school, but they also aren’t the schools nerds, leaving them somewhere inbetween.