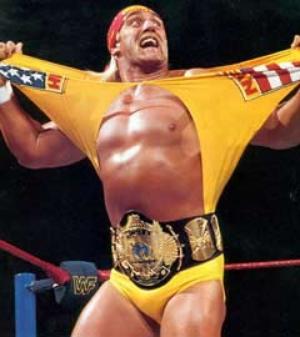 It’s a not so merry Christmas for wrestling superstar Hulk Hogan, according to the Daily Mail he has checked himself into a Florida hospital to undergo back surgery.

Hogan checked himself into the hospital after scheduling a procedure that will repair several ongoing issues he has had with his back which have worsened over the last several months.

Over the summer the Hulk was hospitalized for the same condition he is now in the hospital for. END_OF_DOCUMENT_TOKEN_TO_BE_REPLACED 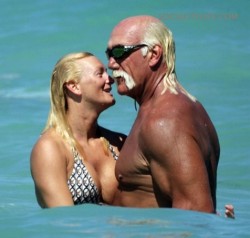 According to TMZ the couple-to-be were in the Hulk’s backyard, which sits off a beach in Clearwater when a family employee told a photographer to go on their way, when the photog wouldn’t exit the area a scuffle broke out on the beach, just as the couple were saying their vows.

While police were called, no one pressed charges and the ceremony continued on it’s way to completion.

It’s a white trash wedding with Linda Hogan, 50, marrying 21-year-old boyfriend Charlie Hill. Linda and Charlie starting dating. The couple started dating when Charlie was only 19 and Linda had just ended her 25-year-old marriage to the Hulk.

That’s not even the white trash issue, Charlie was buds with Linda’s son Nick when they met on board her new 50-foot yacht, which is aptly named Alimony, which she won’t be getting once she remarries. END_OF_DOCUMENT_TOKEN_TO_BE_REPLACED 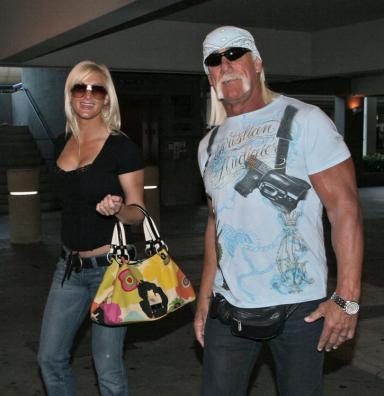 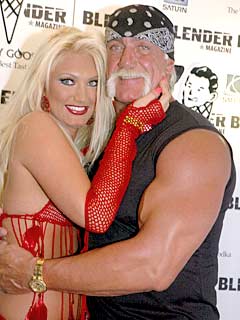 Hulk and Linda Hogan are being sued for encouraging the reckless behavior of their son, who was involved in a car crash.