We got information in the ongoing divorce proceedings between Madonna and Guy Ritchie.

Reports have it that the director will get $60 million, their Ashcombe home, and the Punchbowl club (which was originally Ritchie’s anyway).

Madonna is reportedly livid and has been heard saying that Ritchie is a gold digger. I for one don’t think so, what he’s asking for is chump change when compared to the demands of the real gold digger Heather Mills. 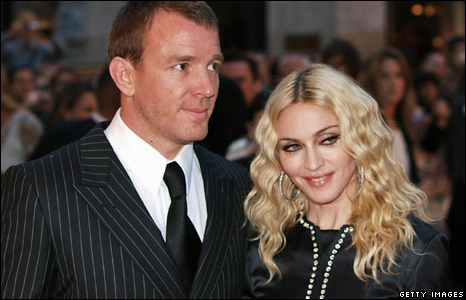 What were rumors a few days ago is a reality today.