The trailer of The Twilight Saga: Eclipse officially premiered on Friday on Oprah. Dakota Fanning, who plays the evil vampire Jane in the movie, introduced the trailer on the show via Skype. She also discussed how excited she was about her role.

“Jane is just such a great character to play,” the 16-year-old said. “She’s kind of evil and the costumes are amazing and the makeup was amazing. To get to have the blood-red eyes was so cool and something I was really looking forward to.”

Check out the official trailer below.

I’ve said before, and I’ll say it again. I’m with Team Wolf! Taylor Lautner looks hotter this time around. The CGI, costumes, and makeup also look more realistic compared to the first Twilight movie; I remember I kept giggling whenever Dr. Cullen would enter a scene with his white cake-y foundation.

As you die-hard fans count the days to the release of Eclipse, the third installment to the phenomenal Twilight saga, you’ll have to settle for sneak peeks and appetizers before the main dish.

First, the official movie poster is finally out. The design team went a little over-the-top with Photoshop, but it does give the poster an old-school romance novel look, don’t you think? 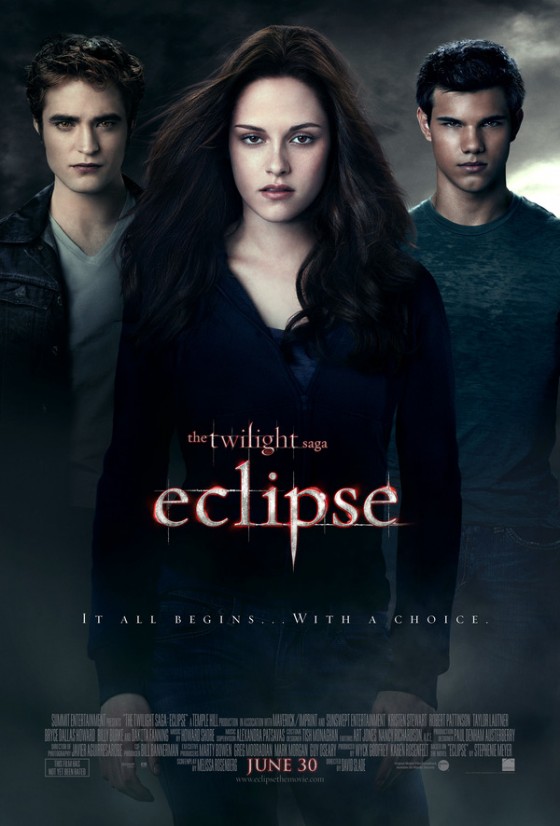