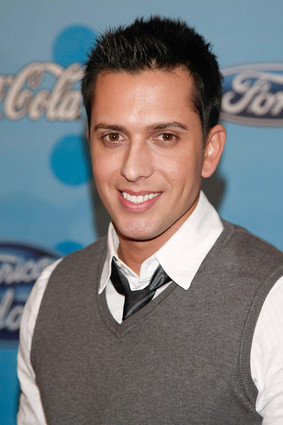 David Hernandez may have been booted out of American Idol, but he’s not giving up on his dreams of being a singer. Good for him, he’s got a lot of talent. Too bad he doesn’t have a lot of brains.

He told reporters that he was auditioning for a show called “Lease.” Lease? Oooooh, “Rent.”

He also seemed a little confused as he wandered around the city. He approached strangers for help to find a car, and asked a Hasidic Jew whether he was a “Pilgrim.” We don’t know if we should call him a racist, or an idiot. 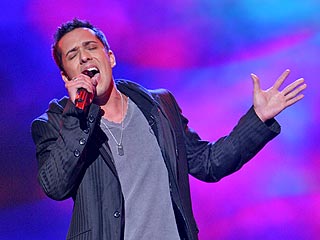 At least we know that David Hernandez — one of the finalists of American Idol — has, uhm, stage presence.

He used to be a male stripper in Dick’s Cabaret. (Incidentally, the club is very popular among men. Just thought you’d like to know.) In fact, he was still working for it (or shall we say, working it) when he auditioned for American Idol.

WIll the show boot him because of that, like they did to Frenchie Davis?