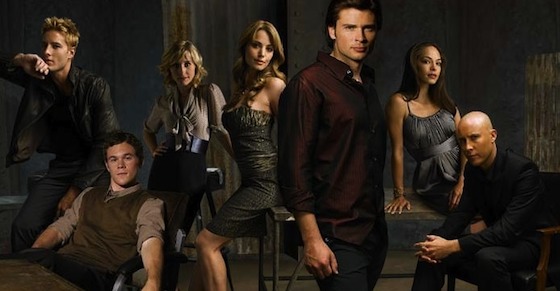 Smallville, the story of a high-school to college-age Clark Kent, aka Superman, will be ending after the upcoming 10th season. Considering it was being said in Season 7 that the 8th would be the last, the show has had a pretty good run. I still miss Clark’s friend Pete, and have never understand why they got rid of the character. Don’t the producers (writers?) know it’s Kryptonite, not African Americans, that make for Superman’s Achilles Heel?

I do have to give the writers kudos, though. While the show has kind of jumped the shark with the weird plots of the past 2-3 seasons, the early seasons’ episodes worked within some interesting constraints: Clark discovering his powers slowly but not always being able to use them openly. The writers did a great job showing how a young Clark Kent solved problems with whatever means he had. On the other hand, other Superman shows and movies have portrayed Clark Kent as an adult who is fully aware of his powers. That’s what compelled me to watch. That, plus the fact that the casting of Tom Welling as Clark was brilliant because he resembled previous Superman actor Christopher Reeve when the latter was about the same age. They both had the same sort of rugged yet boyish good looks, with tousled hair and trustworthy eyes. Welling also really convinced me that he was Clark Kent, through his acting.

I’ll be sad to see Smallville go after the next season. Hopefully the final season will tie up loose ends. Wondering what superhero TV series will be up next. Maybe the producers will take a chance with Justin Hartley’s Oliver Queen/ Green Arrow character and striking good lucks (above), and throw him a pilot. If you’ve read some of the better Green Arrow comic book series, you know that there’s a certain similar personality between Clark Kent, Oliver Queen and Bruce Wayne (Batman). I guess time will tell. Neither Welling nor Hartley seem to have any other projects lined up.