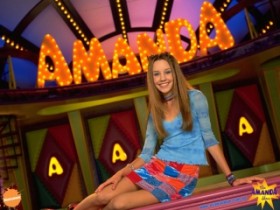 On Saturday Amanda Bynes sent a simple Tweet to the masses: “I don’t love acting anymore so I’ve stopped doing it.” The announcement shocked many of her fans and friends, many of whom said she never discussed the move before.

Amanda has been acting since she was a child, including her own show The Amanda Show a starring role on one of my all time favorite sitcoms What I Like About You and in various fun, lighthearted films, including What A Girl Wants, Sydney White and She’s The Man. Bynes is a certifiable hottie, but she circumvented the typical sex pot roles offered to Hollywood’s hot girls club and more importantly she didn’t become the child star who becomes the crazy addict looking to shock the paparazzi and for that I’ll truly miss her presence on the Hollywood scene.