We knew the Biebs won’t be spared from this! Will he be livid?

END_OF_DOCUMENT_TOKEN_TO_BE_REPLACED 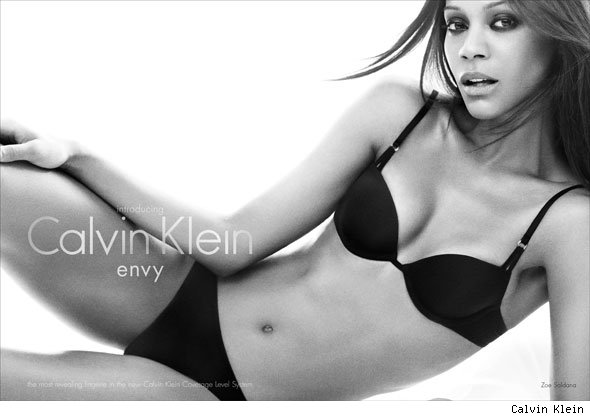 Zoe Saldana looks pretty damn good when she’s portraying a blue other world inhabiting a Na’vi, but that Avatar role is nothing compared to her real world Calvin Klein ad spots which debuted this week.

Saldana appears in three online videos promoting the Calvin Klein Underwear Fall 2010 line in which she says “I’ve got nothing to hide” and for that Zoe we are very very thankful.

It wasn’t enough for this beauty to simply star in the ads, she also helped write the ads which include insights into her life, such as her “great poker face” and even a few tattoo’s you may not have known she has.

Saldana models the company’s new Envy line and I’m sure many guys will envy her after checking out the commercial spots, as if we don’t already.