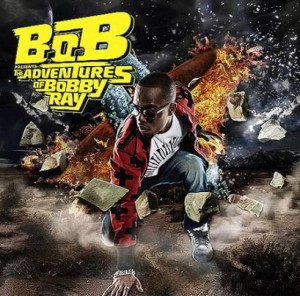 His album with Grand Hustle/Atlantic records debuted only yesterday, and B.o.B. already has his eyes set on the top slot in the Billboard charts. B.o.B. Presents: The Adventures of Bobby Ray is doing well so far in terms of sales, but will he have enough power to hit number one by next week?

His record label is predicting that he will sell around 80,000-85,000 copies by May 2. With promising collaborations such as “Airplanes” with Paramore’s Hayley Williams and “Bet I” with T.I. and Playboy Tre, I believe hitting number one is a possibility.

Have you purchased his tracks and album yet? Do you think B.o.B. will top Billboard next week?