As the fourth season wraps up this April, ABC is ending the TV series Ugly Betty.

“We’ve mutually come to the difficult decision to make this Ugly Betty’s final season,” a joint statement from executive producer Silvio Horta and ABC president Steve McPherson reads. “And [we] are announcing now as we want to allow the show ample time to write a satisfying conclusion. We are extremely proud of this groundbreaking series, and felt it was important to give the fans a proper farewell.”

The TV show hit the charts when it first came out in 2006, with 11 million viewers per week. The star, America Ferrera, even received multiple award nominations and won an Emmy for outstanding leading actress in 2007. However, the show lost its glitter when viewership dropped in the second and third season.

Not to worry; main character Betty Suarez will be given a proper goodbye. Fans can only hope for a happy, fitting ending. 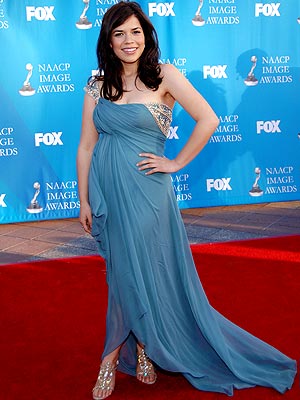 Ugly Bettystar America Ferrera doesn’t look any bit “ugly” at the NAACP Image Awards. She won best actress for a comedy series — and our special award for great taste!