Adam Levine has proved that his sexier-than-sexy “moves like Jagger” are enough to drive everyone mad!

END_OF_DOCUMENT_TOKEN_TO_BE_REPLACED

Adam Levine’s “moves like Jagger” have finally paid off – he’s got himself a fiancé!

END_OF_DOCUMENT_TOKEN_TO_BE_REPLACED 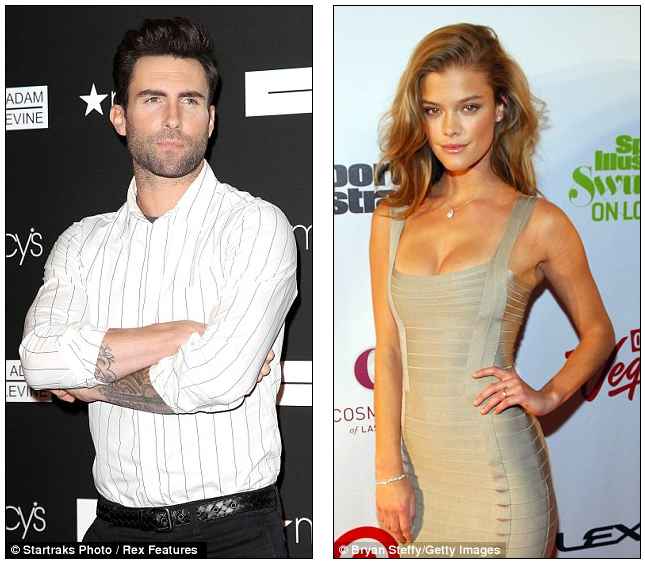 Yes, she’s the Sports Illustrated supermodel that made headlines by volunteering as prom date.
END_OF_DOCUMENT_TOKEN_TO_BE_REPLACED

The Voice judge was spotted kissing Behati Prinsloo in Hawaii and perhaps the friendship of the two Victoria’s Secret model may or may not be over. Being models under the American lingerie brand, Behati and Anne have been friend for years. They have also posed for several campaigns side by side.

And now coincidentally, they share another common factor, which is Adam Levine. The singer locked lips and gazed at his new ladylove as they attend a friend’s wedding in Kauai. They also appeared comfortable showing their affection as they held hands while chatting a few friends at the pre-wedding party.

In his recent interview with Details magazine, he admitted that he was a “bimbo” during his younger years by saying, “I felt like people only knew me as a singer who dated pretty girls. But I wanted to create a little balance. When The Voice came around, I thought, ‘People now know that I have a brain.'”