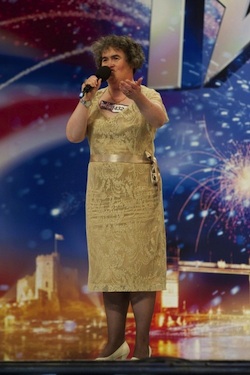 Last month Boyle also had to cancel an appearance on  America’s Got Talent where she was set to perform Lou Reed’s “Perfect Day” with a 100-piece children’s choir, however the rights to the song were not granted in time for that performance.