.
You are here: Home / Breakups & Goodbyes / Steve Landesberg Dead at 65 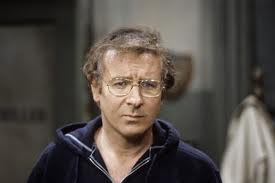 Our condolences go out to his family and friends.