.
You are here: Home / Celebrities / Stacy Keibler / Stacy Kiebler should be more famous 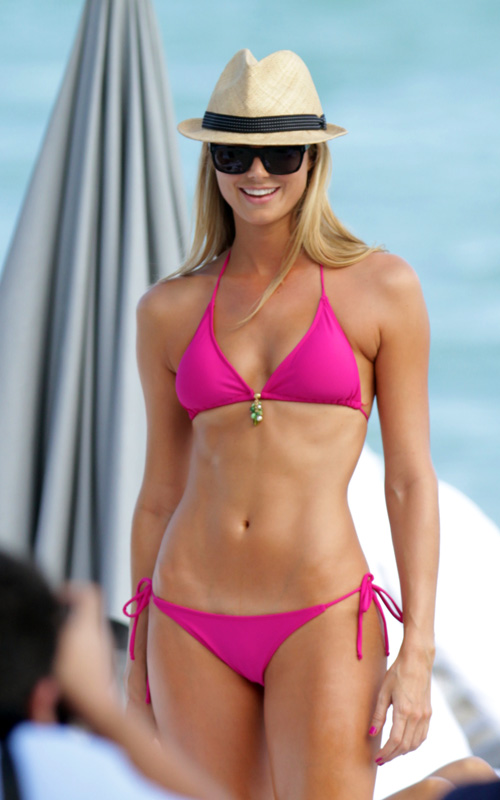 I mean what can I say about Stacy Keibler that hasn’t been said before? Probably anything because nothing is ever said about her. She was a WWE wrestler then became really famous on Dancing With the Stars and now she just walks around looking good. People probably pay her just for that. Could you imagine walking the streets and people paying you simply because you look good.

Would that type of career make you half of a hooker? I mean you are walking the streets and accepting payments, but you aren’t doing anything sexually to the person that is paying you. I might have to give it a shot one day, of course that would require me looking good and walking around and how often does that happen? I don’t keep a tight figure like I used to when I was 10 years old, but I figure if I went on an all kiwi diet I would be straight.

Kiwis are very good for you and allow you to look your best at night time. That is because they help you grow back hair and at night when the moon shines against your back hairs it looks like sparkles. You could almost be mistaken for a vampire in Twilight.

If you are wondering if sometimes my own thoughts scare me then you would be correct that they do. I haven’t slept in 8 years because my thoughts only stop working when I die and I haven’t done that in 8 years…coincidence? I think not.