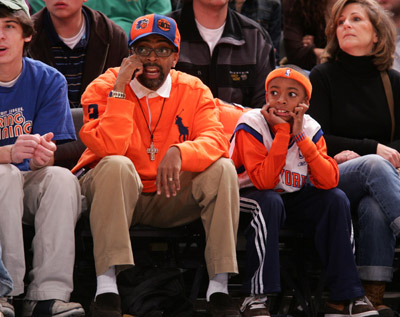 Spike Lee & his young son were spotted Monday night enjoying, or at least watching, the Houston Rockets vs. New York Knicks Game.Â  The twoÂ headedÂ over to New York City’sÂ Madison Square Garden after a bite to eat.

It looks like, even though they might not be enjoying the game, father & son are enjoying each other.