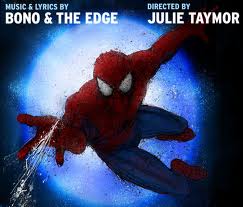 Christopher Tierney, the stuntman who fell 20+ feet into a pit during a preview performance of Spider-Man: Turn Off The Dark has went from the ICU to walking on his own after suffering various broken bones.

According to Tim, Tierney’s father, Christopher is walking around and has been talking about his return to the show.

Tierney had back surgery on Tuesday and was walking by Friday, a quick turn around for a stunt that could have left him paralyzed or even worse, dead.

The stuntman’s family shuffled around holiday plans to be with him and the cast has been very supportive.

“It’s like one big happy family,” Tim Tierney said of the crew’s support. “I never got so many hugs from so many good-looking people in my entire life.”

Tierney entered the ICU after his fall, so his progress is impressive.