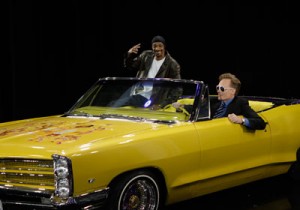 Snoop Dogg’s legendary 1967 Pontiac was seized by police offers on Saturday night, it turns out that lending your car to a friend who wants to go for a ride isn’t the best of ideas.

Snoop Dogg’s buddy was driving the car when he was pulled over at 8PM by police officers because the car was being operated without the use of headlights.

The police ran the drivers name and they soon discovered that he was driving without a license.

But have no fear, Snoop was able to help the Pontiac fly the coop by paying an impound fee of just $261.

Picturing Snoop without his yellow Pontiac muscle car would just be too strange a set of events.