.
You are here: Home / TV / Snooki Set To Star In Jersey Shore Spinoff 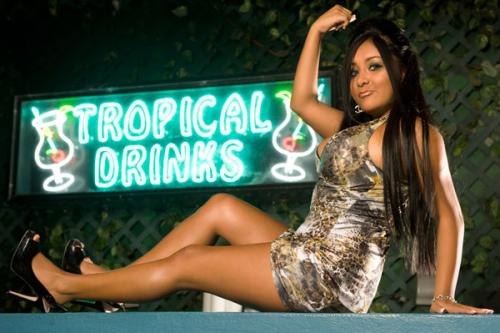 Jersey Shore’s most lovable loser Nicole “Snooki” Polizzi is working on a new MTV spin-off of the popular reality TV series. The new show will be called Snookin’ For Love.

The announcement comes after Snooki turned down a public marriage proposal by an ex-boyfriend. The show will follow Snooki as she attempts to find love and is currently in development.

According to MTV rumors, the program will feature Snooki’s ex-boyfriends as they fight to win her love.

Why do I think this one is going to end worse than The Bachelor: On The Wings Of Love.

Will you be tuning into a Snooki controlled show?