.
You are here: Home / Celebrity Babies / Should Justin Bieber take a paternity test in defense to a paternity law suit? 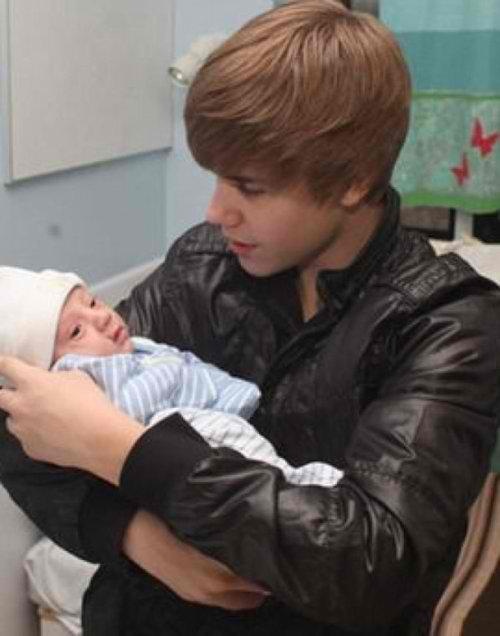 Bieber fever could be cooling down as the 17 yr. old pop singer gets slammed with a paternity suit by an older woman who claims Justin Bieber fathered her child in a brief backstage rendezvous.

20 year old Mariah Yeater, recounts her  quick brush  with  the pop star, in October 2010. This allegedly happened  after his performance at the Staples Center in LA. She claims Bieber’s bodyguards gave her a full backstage invite  after the concert to meet the singer along with other women. Yeater  vividly remembers  how it all progressed from mutual attraction, to chemistry kissing… and then to heavy petting that eventually led them to a nearby bathroom .  She said she asked him to wear a condom but the bubblegum pop star  refused as he confessed that it was his first time  and wanted to feel everything!

What a beautiful memory it must be for Mariah Yeater to recall her momentous 30 second liason with a 16 year old singing sensation in a backstage lavatory.  Too beautiful to pass up and not keep a lifetime remembrance, eh?

Beiber strongly denies he is the father of the child, but Yeater’s lawyers also claims that the singer did not deny having unprotected sex with her after  his concert. You would wonder if  this boy  ever got a crash course on pop star sex 101. Condoms, young man! It saves you a lot of drama in the end. Oh, wait..  no need for condoms because he totally dissed on the idea of casual intercourse at one of his concerts.

Justin Bieber’s camp assures they will vigorously pursue all legal remedies to defend the singer and hope on the fact that Yeater, being 19 at the time of the incident and Bieber, 16 – would find herself possibly prosecuted for statutory rape of a minor.

Apparently, Miss Yeater is requesting the court to subject BIeber to take a paternity test and if results are undeniably positive, she merely wants the father to provide adequate support  for his son who was born on July 6.

Court date is scheduled for December 15.  This sure  sounds like a defo job for Maury Povich!