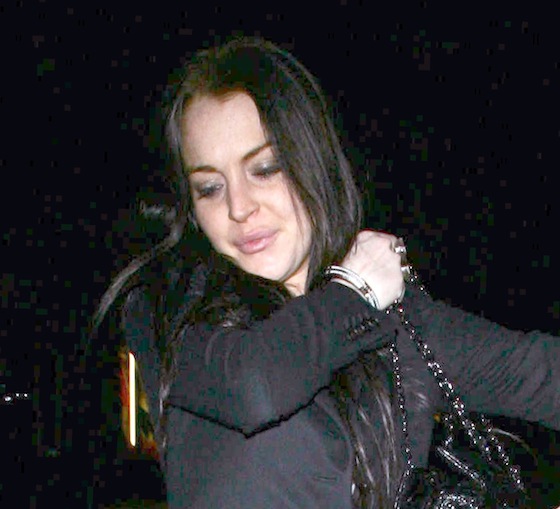 Lindsay Lohan might have to wear a SCRAM bracelet and avoid drugs, but apparently she can still take prescription drugs if she proves if with a doctor’s scripts. According to TMZ sources, she currently has prescriptions for Ambien and Adderall, the latter being for ADHD (Attention-Deficit Hyperactivity Disorder).

Does anyone care that ADHD can sometimes be treated with a change in diet, especially by cutting out refined sugars and carbs that are often found in fast foods and other prepared foods? It’s no wonder Lindsay’s looking so pale these days. (Or possibly that’s because she’s rumored to be in such bad financial straits that she can’t pay rent, nor possibly afford a good meal.) But it’s often easier to just get a prescription than to find the cause (diet) or even the root cause (image disorder).

Of course, Lindsay’s issues are hardly anything like Heidi Montag’s image disorder, but her behavior the past few years suggest she does have a disorder. I can’t say I’ve followed her life all that much. She seems to have some recent facial changes (aside from her constant constipated look), suggesting plastic surgery. Jail isn’t the answer for Lindsay, so she’s lucky she didn’t get any time. Her problems have to be more deep rooted. Only therapy and excising both parents out of her life seem are likely to help her progress.