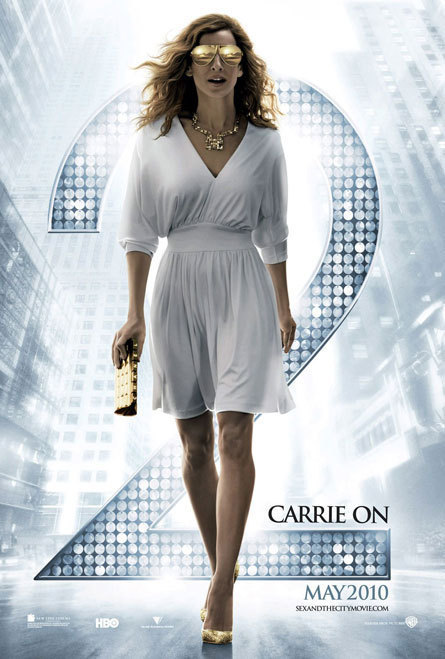 And why is Sarah Jessica Parker the only one on the movie poster?

When the official trailer for Sex and The City 2 was released last month, diehard fans were disappointed to find out that no major plot was unveiled. Unless director Michael Patrick King is keeping the juicy bits under wraps until opening night on May 28, the trailer doesn’t seem to have anything exciting other than the usual.

All four girls look sexy and stylish as always. Carrie is happily married to Big; Samantha has her eye on a new boy toy; Charlotte is mommy of the year, while Miranda is more fashionable. The four girlfriends are planning a trip to Morocco, and Miley Cyrus has a cameo.

That’s it. Unless something naughty and scandalous is waiting in Morocco, SATC fans are biting nails in anticipation.