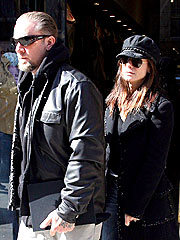 Sandra Bullock’s career was partly catapulted by her role in Speed, but she’d probably like to keep those high-impact crashes on the Hollywood set.

She and her husband Jesse James,were hit by a drunk driver whose gray Subaru station wagon jumped lanes and smashed into their car. Luckily neither of them were hurt. “They were shaken up, needless to say,” said Gloucester Police Lt. Gerry Cook. “but he was hugging her. They said they were fine, they didnâ€™t need medical attention.”

When the drunk driver was told who she hit, she started laughing.