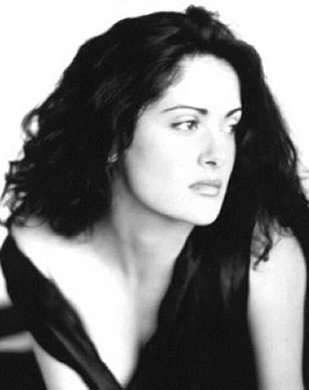 Actress & beauty Salma Hayek has fired her agent after starring in a series of terrible, unsuccessful films such as Ask the Dust, which co-starred Colin Farrell & grossed lessÂ than $1 million in the U.S.
Â
You know, this is one of those others perks of being a celebrity.Â  You have the publicist, the agent, the personal assistant, etc.Â  I want someone to blame my personal bad decisions on.Â  Someone who I can say, “That was a terrible, stupid choice for me to be in such a shallow film.Â  You should have planned by life decisions better.”Â  That would take a lot of pressure off of me, the agent could lead my life & make my choices & leave me to frolic along singing a carefree song.

Hayek’s new rep from Creative Artists Agency has been given the task of reassessing Salma’s career path & getting the hottie back on track.Â  All you need for me to see a Salma flick is a decent plot, Salma’s charms & I’m there.Â  I was there for Frida & I was there for From Dusk Till Dawn, Desperado & Dogma.Â  I think IÂ need to be her agent, doesn’t seem that hard.Â  Avoid bad movie ideas- check.Â  Show off client’s assets- check.Â  I’m ready, who’s ready to be my first client?