.
You are here: Home / Celebrities / Russell Brand is a Freak 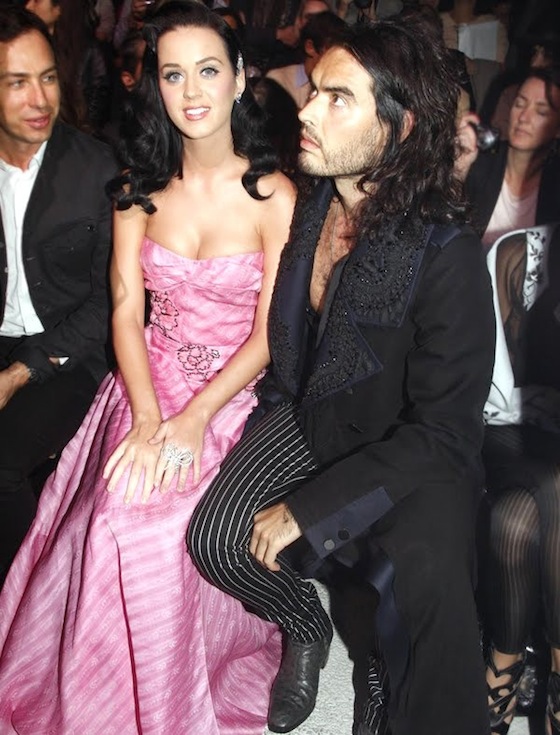 That Russell Brand, such a kidder. Always joking around about something. Says he needs to have an orgasm every 15 minutes. Oh and that he’s hoping for a child with Katy Perry some day. “I’m hoping for a hybrid creature, something from, Greek mythology like a satyr.” But what a lucky guy, about to marry the very sexy Katy Perry. Brand is of course the British actor/ comedian who played the kooky rockstar Aldous Snow in Forgetting Sarah Marshall.

The best quote out of his recent Parade interview is in reference to sex addiction:

Men don’t face the imperative of having a baby grow in their belly, so the male mating strategy is based on making a lot of women pregnant, or at least having sex with them. The female strategy is to get one good man. That’s why marriage is not fair.

He jokes about trying that excuse on fiancee Katy, and you might think given what a babe she is, that there’s no reason to cheat. But then again, Tiger Woods and David Boreanaz both have beautiful wives and that didn’t stop them. In Tiger’s case, it’s probably going to cost him $750M, which just seems surreal. Russell might be a notorious joker; hopefully he’ll be faithful.